Search
Menu
Contents show
The Licking Behavior is a Learned Behavior
6 Top Reasons Why Dogs Lick You
Sign of Affection
Attention seeking
Taste
Exploration
Anxiety Relief
Medical reasons
Excessive Licking
Ways to Stop Dog Licking
Should You Let Your Dog Lick You?
Is it Safe for your Dog to Lick you?

You may be wondering why do dogs lick you, what are the reasons behind this behavior and how can it be stopped if it becomes excessive?

Well, dogs have different intentions for their licking. Below are some of the reasons why dogs lick and which may fit with your dog’s behavior.

A common question asked by many dog owners is: ‘Are dog’s licks really just sloppy kisses?’

The answer is yes, and no. The nature of the dog’s licks depends greatly on the situation. Many times, the dogs lick their owner as a form of showing affection which could thus link the dog’s licks to kisses.

The Licking Behavior is a Learned Behavior

So, why do dogs lick you? For some, a dog’s licking is something they learned growing up. In other words, dogs learn to lick as a sign of affection through their mothers when they were puppies. The mother will lick her puppies in order to clean them, as well as to stimulate certain reactions such as defecation and urination.

Some dogs may lick their owners or another person for reasons other than affection. As mentioned above, the nature of the licks of every pet will depend on the situation.

6 Top Reasons Why Dogs Lick You

There are many reasons why dogs often lick people. Here are the top 5 most common reasons for dog’s licking.

A dog licking its owner could be a sign of affection. Dog licking may be a form of behavioral communication as our pets could not speak.

A dog’s lick may be the canine version of human kisses. Dogs lick people simply to show affection.

This licking behavior is commonly used by dogs, simply, as a means of obtaining the owner’s attention. Many times when a dog licks your face, especially a puppy, the first response is to squeal or laugh, and to move your face away.

The dog may see this as a game and will associate licking with attention. This concept is known as positive reinforcement.

Although this seems like it should be a negative association, the dog will still see this as receiving attention because the owner is reacting to such behavior.

Another simple explanation for dog licking is that we simply taste good. Licking may become excessive when we are perspiring. This is due to the saltiness of the sweat of which dogs seem to enjoy the taste in our skin.

Sometimes when we eat food, the smell of the food remains around our mouths. And it easily attracts our pets.

The smell of food encourages your dogs to lick your face, often, even your mouth, to get a taste of the food they smelled.

A dog is a very inquisitive animal, and will often use licking as a form of exploration. Thus, when a dog is licking their owner, the dog may simply be exploring more about you as a person.

The licking behavior, as well as sniffing behavior, may be used by a dog with impaired vision (which may be due to old age, or disease, or trauma to the eyes) in order to identify its owner.

This is a type of licking that may be considered as healthy as our pet learns and identifies using his taste buds.

Some dogs may feel uneasy, uncomfortable, or anxious in certain situations.

Dogs lick to release endorphins which act as stress-relievers. Thus, they may use licking to bring about a sense of calm and/or security.

As they are unsure as to how to handle the situation that is making them feel anxious, licking is their go-to solution.

Dogs may be trained to lick their owners in response to a medical condition such as low blood sugar levels in people that have diabetes.

Specially-trained dogs are taught to lick to call their owner’s attention to what they are feeling and that they need medical attention.

Excessive licking may occur due to the dog feeling uneasy, scared, or simply just bored. Licking may bring about a sense of comfort and security for the dog, such as when they used to receive licks from their mother as a puppy.

However, excessive licking may be a sign of a more serious underlying problem. Paying a visit to a veterinarian would diagnose the condition and provide treatment. Before anything gets worse, go and visit your veterinarian.

One way for a dog to stop licking is to simply ignore the dog. If the dog is licking you in order to receive attention, you can alleviate this behavior by turning away from the dog.

Do not make a fuss, do not talk to your dog, and do not pet your dog. They will soon realize that the licking behavior does not achieve the desired result and will stop.

Another way to stop your dog from licking is by saying ‘no’ in a firm manner. The dog will realize that this is not a good reaction from the owner and will eventually stop the licking behavior.

This method of operant conditioning is an associative learning process where dogs learn to associate their actions with negative reactions. In their quest to avoid these negative effects, they do not practice the undesirable behavior/stimulus, (i.e. licking).

You can also redirect the licking behavior if it is due to an underlying condition, such as your dog feeling anxious or uneasy, by teaching your dog to do a different trick instead of licking.

In this case, ignoring your dog or making use of negative punishment will not achieve the desired result and your dog may end up feeling even more anxious. You can teach your dog to lay down, play dead, or roll over.

Should You Let Your Dog Lick You?

How should you, the dog owner, respond to your dog’s licking behavior?

Licking, whether it be due to natural instinct or due to an underlying issue, may be seen as unwanted or even abnormal behavior to humans.

Owners have to be mindful of the fact that, although they may not mind the licking behavior, their friends/family may not be so keen on the idea of a wet, slobbery tongue on their skin, welcoming them at the door.

If you are not able to pinpoint the main reason for a dog licking you excessively then it may be time to consult with an animal behavior specialist. They may be able to point you in the right direction as to how best to handle the situation.

Is it Safe for your Dog to Lick you?

Contrary to popular belief, a dog’s mouth is in fact not cleaner than yours. The mouth of a dog contains a wide variety of natural bacteria.

Although these bacteria are found in low quantities in a dog’s saliva, they can be harmful if they gain entry into your body through open skin (i.e. a cut, scrape or wound).

If you have an open wound or any wound for that matter, it is advisable that you do not let your dog lick it as a wound is the easiest way for bacteria to enter the human body and this may result in infection.

Saliva from a dog may not be a cause for concern in a healthy individual, but it may be a serious issue for those with a compromised immune system.

So, the next time your dog goes in for a slobbery lick, try to understand why your dog is performing such a behavior.

If you do not find this behavior amusing, try not to be too hard on your dog, he may simply be showering you with affection and giving you a kiss. 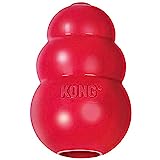 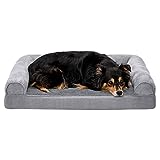